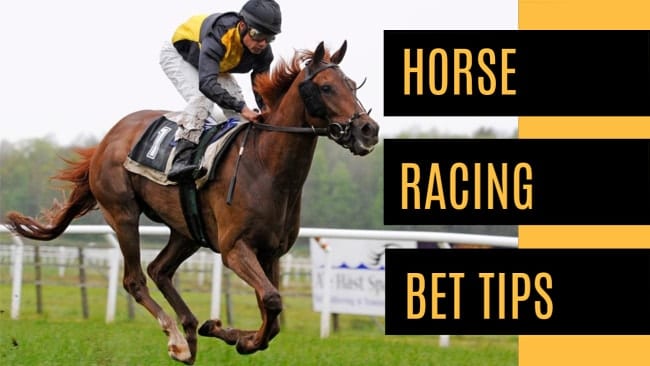 I can very much see the step down to 2m5f suiting him on this easier track – he was a good two-miler in his heyday, as well as staying 3m more recently – and I am happy to back him at 20/1 with the Bet365 Sportsbook.”

There has been a lot of love doing the rounds for ITV Racing of late, but aren’t they being a bit too eager by broadcasting 10 races from three different tracks on Saturday? Do the kids still chant “keeno” at the class swots in school these days?

Joking aside – and no-one should be joking too much these days – we should be thankful that horse racing can apparently still continue to operate given the worsening Covid numbers, as it was only a matter of when, not if, a strict national lockdown was announced, as it was on Monday evening.

Maybe all sport will carry on as normal throughout all this nightmare – though boxing was suspended on Sunday – but it is certainly not a given if the pandemic worsens.

Weather-permitting (it is still heavy, so they will be hoping for a dry week, and a warmer one than currently forecast with temperatures set to dip to -4), Chepstow will finally be able to stage their Welsh National meeting this Saturday – it was abandoned due to a waterlogged course on December 27 – and there are 19 entries for the 150k staying handicap chase.

No surprise to see that Secret Reprieve remains the favourite at around 4/1 on the Exchange, given that he is 8lb well-in after his win in the trial here last month.

But, as I said when previewing the race here the day before it was abandoned, he does have a recent fall on his dance card and his stamina is unproven beyond 3m, for all he does look a thorough stayer. Getting an extra 7f in ground this deep is clearly no gimme, though.

In my day-of-race preview on Boxing Day, I sided with the horse beaten 12 lengths by the favourite over an extended 2m7f here last month, The Two Amigos, and he would be the way I would still be leaning at this stage at 10/1 each-way, five places, with the Betfair Sportsbook.

As a Sussex National winner over 3m4f, and a proven 3m6f mudlark, there are no stamina or ground questions for last year’s fifth.

However, he is not an obvious shortener – indeed, he is available at 15.5 win-only on the Exchange – so it makes sense to revisit his chances once we have the final declarations at 10am on Thursday.

It will be interesting to see if the Irish entries are allowed to travel over for the Grade 1 Finale Juvenile Hurdle (the other planned Chepstow race on ITV), as Gordon Elliott has a couple of big guns lined up in the shape of Quilixios and Duffle Coat.

It is also to be seen whether Gary Moore runs the exciting Nassalam, as this one was the ante-post favourite for the abandoned race, only not to appear among the final declarations.

That may well hint at a recent problem – the trainer said he was “not right at the time but seems to be now”, with a Tuesday scope in the offing – but I can only guess.

Definitely a race to put on the back-burner until we see the runners on Thursday.

Handsome card at Kempton this Saturday

ITV are set to broadcast five races from Kempton and it looks a handsome card too, with the re-staged Relkeel Hurdle alongside the Grade 2 Silviniaco Conti Chase (Imperial Aura the early favourite here), two good handicap chases and a Lanzarote Hurdle that has attracted a whopping 31 entries.

And the 2m5f handicap hurdle is going to be the focus of this ante-post piece.

The Betfair Sportsbook stuck their head above the parapet by initially offering 12/1 about Everglow on Monday afternoon, and they obviously saw incoming, as they cut him into 8s and then 7s soon afterwards. And then 6/1 by end of play.

You can see why he got the early punting hammer as he has been given a very workable mark on the evidence of his Chepstow second to Star Gate and his Ascot win last time (both on soft ground), and this lightly-raced, former smart bumper horse, is clearly a big player. The six-year-old fits the youthful profile of a few recent winners of this race.

But he does take on some battle-hardened rivals with experience of the hustle and bustle of big-field handicaps, and he is perhaps likely to face the maximum allowed number of 19 rivals on Saturday. He will need to be hardy, as well as on a winning mark.

By the way, it is currently soft at Kempton, with a largely dry forecast for the week (though Friday promises to be pretty wet), so conditions should be fine. I am working on the assumption of soft ground, anyway.

However, as with Chepstow, it is not rain that is the danger to this meeting, but the cold. Again, temperatures of -4 could prove very, very troublesome.

Nicky Henderson has won two of the last three runnings of this handicap and he holds a strong hand at the five -day stage with four entries, and I could make a decent case for them all.

I certainly like Call Me Lord and The Cashel Man off their falling handicap marks at double-figure odds, though you cannot back the former given he also has the option of the Relkeel (which could cut up) and the latter wouldn’t want too much rain later this week, for all his best career run probably came on officially soft ground (though Timeform called it good to soft) when second to Thyme Hill in the 2019 Challow.

Mount Mews could relish step down

Mount Mews pretty much selects himself on trainer form alone, with Donald McCain’s last seven runners boasting form figures of 1111F21, and the faller was six lengths clear when coming down at the last.

Okay, it would be a touch foolish to have that as the basis of backing any horse – though it is no negative, that is for sure – and it should be noted that he was due to run over fences at Musselburgh on New Year’s Day.

I am not sure why he was taken out there – just as well he was, given the way the winner gagged up – but maybe McCain had a re-think and thought his horse still had a handicap hurdle in him off a mark of 131.

That is some 14lb lower than his career-peak in 2017 and he was the left on that mark after finishing a head second over 3m1f at Carlisle last time (perhaps rightly so after the first and third were well beaten next time).

He looked sure to win that day when coming with a strong run after the last, having travelled like the winner – he hit 1.01 when taking it up on the run-in – but his run petered out late on over a trip that stretches his stamina on a course which has a notably stiff finish.

He was declared in first-time blinkers at Musselburgh last week, so expect the same here – the trainer is a respectable 24 from 169 with this option since 2006, and the horse’s half-brother Chozen’s three victories all came in headgear – which could be a smart move for a horse that stayed in the yard after being sold at the Trevor Hemmings’ dispersal (of sorts) sale last year.

McCain presumably thought his charge could do with some help knuckling down at the business end of his races. He has actually traded at 1.01 and been beaten twice, as well as 1.23, 1.5 and 2.02 in-running reverses, for his backers at least.

I can very much see the step down to 2m5f suiting him on this easier track – he was a good two-miler in his heyday, as well as staying 3m more recently – and I am happy to back him at 20/1 with the Betfair Sportsbook. Win-only though, with just the standard each way terms on offer (you will get five or maybe six places at the weekend).

Keep an eye on Dhowin

Regular readers will know that I put up Dhowin at a price at Ascot last time, and he ran well to finish third. The handicapper agreed too, as he put him up 3lb for being beaten by two-and-a-half lengths.

That seems harsh on paper but the official assessor looks to have seen what I saw, namely a horse that could have gone very close to winning on another day under a different ride.

He was a little too keen throughout there and maybe the jockey was mindful of that, but had Connor Brace kicked on rounding the final bend, instead of hanging on to him until after the second-last, then I think he could have bustled up the winner.

He certainly finished off his race well and I reckon there is surely plenty more to come from this lightly-raced 7yo. Incidentally, he was another ex-Hemmings horse bought at the sales in September, too. 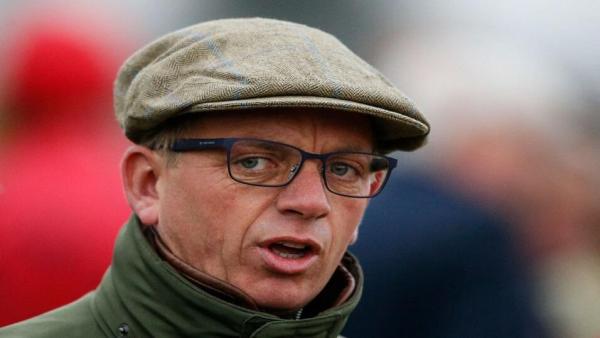 We can’t back him at 16/1 now though as he is also entered in a handicap at Wincanton on Saturday, and I am sticking to my rule about not putting up double-entered horses ante-post.

The Kempton race is only 16k to the winner (down from over 25k last year, perhaps understandably so), and will probably be much harder to win, so it won’t be a straightforward decision for Warren Greatrex, who had a welcome winner at Fakenham on Monday.

My eyes will be on him wherever he goes this weekend, though. The horse, not Greatrex, obviously.

It’s a decent card at Wincanton too, where we have the Grade 2 Dipper Chase re-directed from Cheltenham on New Year’s Day and three good handicaps on ITV.

But just Mount Mews for me now at 20s win-only.

THE BOOKIE WE RECOMMEND 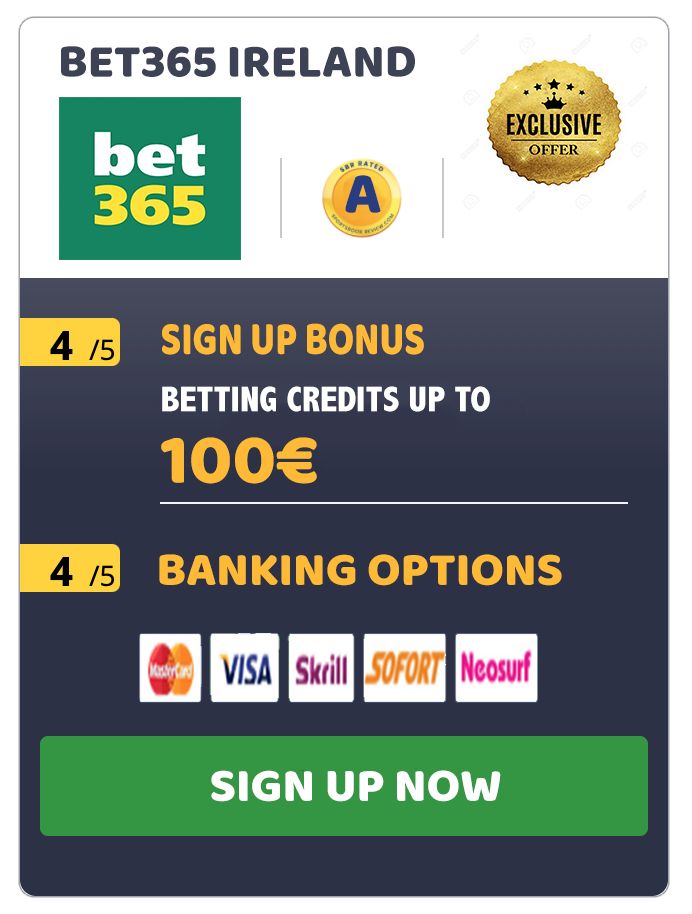 BET OUR PREDICTIONS AT BETFAIRet365